Two-dimensional materials provide a novel building platform for nanotechnology and functional nanodevices. The
functional nanodevices are expected to enter our modern society in a wide range of technologies. A very specific
nanodevice is a non-volatile magnetic memory element controlled by electrical current only involving anomalous
effects due to spin-orbit interaction. Such an element is proposed to contain a magnetic part for storing the information in its magnetization orientation and a nonmagnetic part with strong spin-orbit coupling which allows due
to spin-orbit torque a unique ability to control the magnetization dynamics, data reading, and writing. A key question
addressed within the projects is how thermoelectric effects due to generated Joule heat produced by the driving
current in such nanodevices affect the spin-orbit torque. The project aims to explore proximity effects on magnetocrystalline anisotropy energy, magnetostriction, and magnetoelastic properties, Curie temperature, vertical
strain effect, and electrical gating of two-dimensional ferromagnets and exploit the proximity effects to enhance the
spin-orbit torque in devices made only of two-dimensional materials forming van der Waals heterostructures. We
will utilize the excellence and complementary expertise of the involved partners and devise a comprehensive
theoretical study of thermoelectric effects and proximity effects in the selected experimentally relevant two –
dimensional systems for spin-transfer torque technology.

Low-dimensional materials are expected to represent building blocks of novel functional materials. The functional materials have entered our modern society in a wide range of technologies. They are essential for our daily life and we, as humans, are now about to prepare cutting edge innovations and advancements, especially, building quantum technologies. Spin is an undetachable electron’s property that decorates the quantum nature of matter. Its quantum character resolves eigenvalues, making the spin degree of freedom suitable for quantum technologies and information processing. The spin of an electron is inherently coupled to its orbital motion known as the spin-orbit coupling. It represents a fundamental interaction in condensed matter physics and plays a central role in spintronics. The purpose of this project is to explore the effects of spin-orbit coupling and spin-relaxation in atomically thin systems forming nanowires, two-dimensional layers being part of van der Waals crystals, and specific materials predicted to be non-trivial Ising type-II superconductors. We will utilize the expertise of the involved partners and devise a comprehensive theoretical study of spin-relaxation mechanisms in the selected experimentally relevant systems.

The project is aimed at a comprehensive understanding of possibilities and limiting factors of electron spin systems for a quantum computation and quantum information processing. The research involves combination of advanced analytical and numerical methods as exact mapping transformations, localized-magnon theory, exact diagonalization, tensor-network methods, density functional theory, Monte Carlo simulations and density-matrix renormalization group method. Possibility to stabilize a bipartite and multipartite entanglement as a genuine quantum phenomenon needed for a quantum computation and quantum information processing at least up to temperature of liquid nitrogen or preferably room temperature will be examined. Capability of the pulsed electron spin resonance for the manipulation with spin qubits will be explored. Among the quantum spin systems with topologically protected edge states eligible for a quantum computation, frustrated Heisenberg spin systems supporting either the presence of a nontrivial skyrmion phase or magnon-crystal phases will be investigated. Heterostructures composed of atomically thin layers coupled by van der Waals forces will be examined with respect to a superconducting pairing and topological quantum computation. The studied electron spin systems will be either motivated by the effort to understand unconventional behavior of existing real magnetic materials or will be supplemented by the respective proposals for their experimental realization.

Topological nanostructures are potential hosts of the putative Majorana zero-energy modes (MZM) and can serve as a basis of topologically protected qubits, robust solutions to the problem of decoherence and unitary errors in quantum computers. We will study several materials which can be constituents in such nanostructures. Namely, we will address the Ising superconductivity in (LaSe)(NbSe2) misfit layer compounds, which are bulk single crystals but still behave like completely 2D superconductors with extremely high in-plane upper critical field violating Pauli limit. Their spin polarized band structure and fermiology, electronic and superconducting anisotropy, vortex matter and other properties will be investigated. Further, we will prepare and characterize 1D and 2D topologically nontrivial nanostructures using different magnetic atoms on different superconducting substrates with Yu-Shiba-Rusinov states potentially featuring MZM. We will also explore potential MZM in superconductor-TI-superconductor Josephson junctions. Finally, we will try to prove the hypothesis that some topological insulators, e.g. Bi2Se3, should exhibit optical responses 1−2 orders of magnitude larger than that of normal semiconductors at the optical transition edge and they can be used to design efficient single-photon detector for optical frequencies.

Frustration is present in a number of real magnetic materials and can result in a variety of unexpected
phenomena. The project aims to theoretically investigate exotic phenomena in selected types of frustrated spin systems. In particular, we consider several antiferromagnetic systems on more (triangular, kagome) as well as less (pentagonal, Shastry-Sutherland, trellis, Cairo pentagonal) conventional geometrically frustrated lattices. They include classical and semi-classical systems ranging from one to three-dimensions both in the lattice (1D-3D) and spin (Ising, XY and Heisenberg) spaces. We anticipate that unconventional geometries, dimensional crossovers and/or additional types of interactions (nematic, antisymmetric) can lead to novel phases and/or exotic critical behavior. Approaches based on an approximate scheme, applied in a broad parameter space, through cutting-edge simulation techniques implemented on GPU to an exact solution in soluble cases are going to be employed to tackle the task.

Dynamics of domain walls and skyrmions in thin magnetic layers

This project aims at deeper understanding the dynamics of complex spin textures of domain walls in thin wires and magnetic skyrmions in thin layers. Both of these fields of micro-magnetism are currently of high interest and of high impact on potential devices like smart sensors and memories that could substitute current technology. The main goal of this project is to use an innovative experimental technique based on magneto-optical Kerr effect that we have currently developed, to study surface magnetism of thin cylinders. Secondly, the motion of skyrmions in thin layers will be studied in thin multilayered films by magneto-optical methods. The role of spin-orbital torques on skyrmion displacement will be evaluated and the influence of surface roughness on magnetic properties of helical nano-magnets will be studied. The obtained result will be used for construction of a new class of magnetometers.

Position: Investigator
Project ID: APVV-17-0184
Period: 2018 – 2022
supported by the Ministry of Education, Science, Research and Sport of the Slovak Republic

Implementation of electronic structure methods in study of quantum materials

Aim of the project is to incorporate in a long-term perspective state-of-the-art research techniques of electronic structure calculations of quantum materials in the existing portfolio of research activities at Department of Theoretical Physics and Astrophysics. The project aspires to enlarge the field of research involving recent topics of interlacing of electronic wave function and topological aspects in solids. Recent examples are quantum Hall effect, topological insulators, and topological superconductors characterized by nontrivial topologies of Hilbert space. The project considers most fundamental interactions in description of electronic structure, for instance, spin-orbit coupling which is as a key fundamental interaction allowing to manipulate spin of electrons — essential for spintronics applications. Direct manifestations of the quantum mechanics in solids are electrical polarization or magnetism opening miscellaneous properties of novel functional materials. 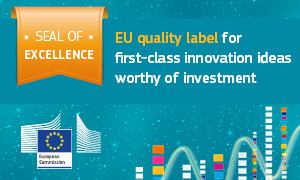